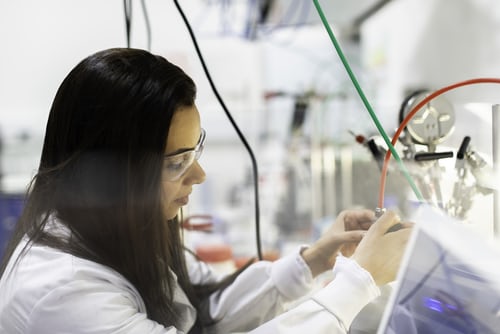 It’s a strange thing the way a major project can dominate your every waking moment – and sometimes your sleeping ones, too – while it is ongoing. Yet once it is complete, you move on to the next job. The days turn into weeks, and before you know it, two years have gone by.

Those were the thoughts going through our heads as we revisited a major project that we completed back in 2018 for a progress update, and this is the story.

Background to the project

The project took place at a food processing site in Nottingham. The facility itself was new, but the company running it had prior experience of UVEX non-chemical evaporative condenser water treatment, having used this kind of system at their previous site since the mid 1990s.

Of course, more than 20 years had gone by since then, and significant progress had been made in the field of alternative water management systems. In that time, the UVEX concept had been substantially updated and so the task in 2018 was to install the newly developed UVEX TS4 system.

The biocidal effect comes primarily from UV, which in addition to being more environmentally responsible, brings significant benefits in terms of cost-saving. This is because it represents low COSHH water treatment for condensers, meaning correspondingly reduced time spent on training, maintenance and monitoring. In fact, the only thing the operators have to do is to record the UVEX parameters and perform weekly L8 checks including dip-slides. Even these tasks only need to be performed once per week. 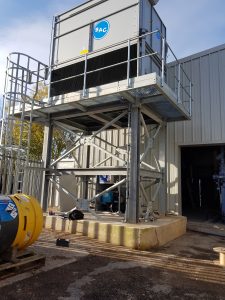 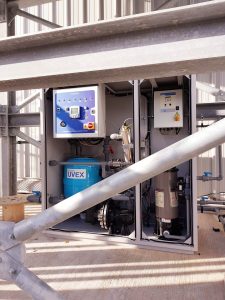 Almost two years after the new system was commissioned, we revisited the facility to check in on how it has been performing.

The main purpose of our follow-up was to perform cleaning and chlorination work on the condenser.

The UVEX has minimal impact on the condenser fabric as it uses UV to provide microbiological control and there is limited chemical intervention. In contrast, systems that rely on continual dosing of aggressive chemicals will often display damage to surfaces after a similar period of time.

We were also provided with data from the routine laboratory tests that have been taking place to assess water quality. The main parameter used is Total Viable Count (TVC), and this has been low since installation. Independent test reports from the University of Hertfordshire laboratory show that TVC figures remain well within the parameters laid down by the Health and Safety Executive.

All in all, it was a trouble-free follow up and showed that this project is a success story in which we can all take pride.

We use cookies to ensure that we give you the best experience on our website. If you continue to use this site we will assume that you are happy with it.Ok